The Warlock and King Doberman; the misuse of a legend's legacy. Nothing raises a red flag more to me than seeing a Doberman advertised as a Warlock or King Doberman. Those terms make me cringe.

The Warlock Doberman can be traced back to a single dog, BIS AM CAN AR CH. Borong the Warlock. January 5th 1955, Borong was born and raised in the United States. He became a very successful show dog, earning champion titles in America, Canada and Argentina. He was a standard sized black and tan Doberman, 28 inches, and calm with a gentle demeanor. He was a near perfect representation of the breed. He was well liked and highly sought after as a stud. Many of his offspring would succeed in the show ring earning the namesake “Warlock” Doberman. A “Warlock” Doberman was a dog that was related to the famous BIS CH AM, CAN AR Borong the Warlock. Borong passed away shortly after his breeder and owner Henry Frampton passed away in August 1966. His popularity lingered into the 70s and 80s where his name still was fresh in the minds and hearts of Doberman enthusiasts and breeders around the world.

The infamy of Borong lives on today. Many experienced breeders and breed enthusiasts know who Borong was and how exemplary he was. Unfortunately, his name has been tarnished for the sake of a sales gimmick. Many irresponsible breeders use the term warlock to sell their dogs for higher prices as back in the day a Warlock Doberman really meant something to buyers. Irresponsible breeders may even go as far as to register their dog with the term “warlock” in their registration name. A "Warlock Doberman" is nothing more than a sales gimmick to fool buyers into believing they have a large, powerful, "super sized" or superior dog. As the tides change and more people learn the truth about the term “warlock” new names pop up; king, gladiator, super. A King Doberman is just a Doberman. A Gladiator Doberman is just a Doberman. These terms are nothing more than false advertising!

If a breeder is advertising a King Doberman or a Super Doberman what they are doing is tricking people into thinking that their dog is rare or superior. A Doberman should not exceed the standard in size, temperament or color. An excessively large dog is not a warlock, a king, a gladiator, or a super Doberman; it is an out-of-standard dog. These types of breeders are not ethical breeders, and are for sure not bettering the breed! Buy from a reputable and responsible breeder. Avoid buying from a breeder who uses terms like warlock, king, super-sized, super, or gladiator. A breeder who breeds for health and for the standard will not use terms like that. 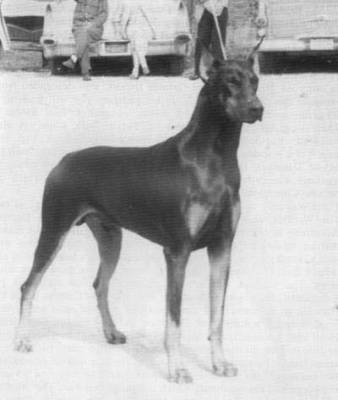 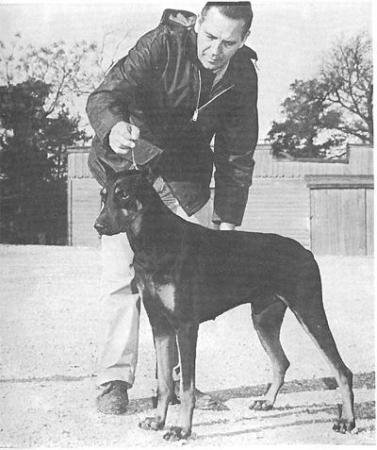 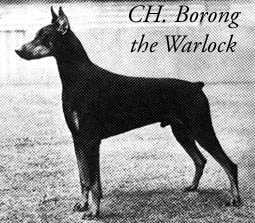