Myth or Fact: All Doberman turn on their owners eventually.
MYTH: This old myth stems from the false belief that Dobermans' brains outgrown their skull which drives them mad, causing them to turn or become aggressive towards their owners. A well trained, well socialized, confident dog will not turn on its owner. Dogs may react and seem aggressive when in distress, afraid, in pain, or under the influence of medication.

Myth or Fact: Seeing the whites of a dog's eyes means it is going to attack!
Partly True But Not Always: Seeing whale eye, or a wide open eye, can be a sign a dog is uncomfortable or nervous. This should be taken with cautious, slow, and steady movement. In some cases the whites of the eye are visible when the dog is expressing a variety of emotions or even when begging for attention/food.

Myth or Fact: Big paws on a puppy mean it will grow up to be a big dog.
MYTH: Paw size is NOT a reliable predictor of adult size. In general, a breed's adult size is consistent. Adult height/size is based off the dog's genetics and its lineage. A pup from two 80lb parents who has 80lb grandparents is more than likely to mature to 80lbs, regardless of big or small paws. I have seen many Doberman, particularly Europeans Doberman, have large paws and mature to an adult height of 24-25in.

Myth or Fact: When a dog tastes blood they will crave it and go insane.
MYTH: Myth, myth, myth! The taste of human blood to a dog is not a pleasant one. Often dog bites are a one-time ordeal due to extenuating circumstances. If you dog bites you and you bleed, or your dog licks your cut, it is not going to turn savage. Some dogs will lick wounds on us humans as a way of taking care of us and grooming us.

Myth or Fact: Runts will always be smaller dogs.
MYTH: A small size as a puppy does not mean the adult size will be small too. Just like a smaller child can grow to be 6ft a smaller puppy can grow to be breed standard or even larger. A true runt is a failure to thrive puppy who is born much smaller and weaker than the littermates (often 1/3 or small the size of the average litter birth weight). True runts need supportive and supplemental care. Their rough start in life can stunt their growth, but more so than not, once they're independent they catch up to their breed standard.

Myth or Fact: A Doberman is like velcro, stuck to you all the time.
FACT: Doberman are extremely social and emotional dogs. They want to be with their people at all possible times. That means where you go they'll go. If you don't want a dog that's glued to your side, clingy at all times, and always at your feet then consider a different breed.

Myth or Fact: Doberman are dominant dogs and you have to be the alpha.
MYTH: This outdated theory is by far one of the worst training methods possible. The Dominance Theory/Alpha Theory is flawed, not truly understanding how dogs think, process, learn, and understand. Your dog already sees you as its family, its pack. You do not need to be his alpha, you need to be his leader.  The Alpha Theory relies on physical aggression/dominating your dog. This builds fear and reactiveness in your dog, breaking his trust and reliance in you. No legitimate trainer or dog behaviorist/behavior consultant would ever recommend the Alpha Theory.

Myth or Fact: Doberman have different hearts than other dog breeds.
MYTH: Doberman have the same structure and function of the heart as all other domestic canines. The myth started online via social media and has been gaining traction. There is no scientific basis to believe a Doberman has a "different" heart than other dogs. Many breeders use this myth to justify not doing cardiac exams or to dull the interest into the DCM genetic testing.

Myth or Fact: There are lines that don't have DCM.
MYTH: Every line has a disposition to DCM, regardless what the breeder tells you. The entire breed is prone to DCM due to the breed's origin and tight inbreeding/line-breeding.

Myth or Fact: The parents don't have DCM so their puppies won't get DCM.
MYTH: No dog is exempt from the potential to develop DCM. It has been known to skip generations. Remember 60+/-% of Doberman in the European study were effected with DCM by 8 years old.

Myth or Fact: Pet lines have less occurrences of DCM than show lines.
FACT: Research is showing dogs that come from what is commonly referred to as pet lines have less cases of DCM! That is great news for breeders looking to preserve the breed. It means pet lines offer invaluable genetic diversity to the gene pool crisis.

Myth or Fact: European Doberman don't get DCM.
MYTH: DCM is impartial when it comes to Dobermans. Many European Dobes are just as tightly line-bred, sometimes even more so, than American lines. All Doberman are subject to DCM regardless of pedigree, working, show or pet lines, and health testing.

Myth or Fact: DCM is always fatal and is incurable.
FACT: DCM is always fatal. When caught early enough the disease and arrhythmia can be managed with lifestyle changes, nutritional changes and medication. Unfortunately, there is no cure for DCM. Medication slows the progression and prolongs live. DCM can not be reversed, at least not permanently. A few reports of stem cell therapy has been promising with dogs going into remission for a short time.

Myth or Fact: Holter, echos, ecg and ultrasounds prevent DCM.
MYTH: There is no way to prevent DCM. Those are methods to diagnose DCM.

Myth or Fact: A white mark (on the foot/toes, chest, belly, face, neck, so on) means the dog is Z factored.
MYTH: The white markings have no relationship to the albino aka "white" Doberman. White hairs can be due to a scar or a naturally occurring white mark. The AKC standard allots for a white mark on the chest no more than 1/4 inch long and wide.

Myth or Fact: Not all white Doberman are Z factored.
MYTH: All the white Doberman descend from a single family line; Sheba (AKC registered name Padula’s Queen Sheba). Geneology testing further proves this, both by tracking pedigrees and by genetic testing the dogs. While there is the remotest chance an albino could be born to two traditional colored non-z parents, the chances it would be the same OCA2 as all Zs carry is beyond unlikely. If you see an albino Doberman being sold with non-z papers it is a scam (whether the breeder purposely paper-hung or was unaware, that dog is not a non-z).

Myth or Fact: My pup was vaccinated by the breeder so I don't need to vaccinate it more.
Myth: Vaccines rely on multiple doses to encourage the immune system to build up immunity antibodies. That takes time, spread over months ideally during crucial stages of their immune system development. Its best to vaccinate on schedule until 1-1.5 yrs old. After then you can do a titer immunity test to see if your dog still carries immunity.

Myth or Fact: Vaccines will negatively change my dogs behavior and health.
Myth: Although some dogs go through mood swings or moody episodes following their vaccination, it has a simple explanation. The dog had its routine broken and shots are uncomfortable. They may simply feel a bit off from the shot or the vet visit and be moody. Also, vaccinations will not change your dog's health for the worst. It will improve it! Vaccines are to protect your dog should he or she come in contact with that disease or virus. Some dogs are prone to vaccine reactions. Most reactions are mild and short term. Dogs with the MDR1 mutation are more likely to have adverse reactions than dogs without the gene mutation.

Myth or Fact: Vaccines will poison my dog and shorten it's lifespan. Vaccines are bad and should be limited.
MYTH: Vaccines are safe and effective ways to prevent illness and disease in dogs. A simple vaccine can save your dog's and other dogs' life. While no vaccine is risk-free they are much safer than risking your pets health and life. Parvo is one example; parvo has a mortality rate of over 90% in puppies 6 weeks to 6 months old (dogs that receive treatment when symptoms first appear have a survival rate between 62-92%). Doberman are more susceptible to Parvo than many other breeds. Other disease like Distemper and Canine Hepatitis (aka Adeno Virus) have between 10-30% mortality rates, higher risk of death the younger the dog is. Simply put, vaccines save lives!

Myth or Fact: Vaccines aren't necessary if I use holistic crystals or homeopathic methods.
Myth: Most if not all holistic and herbal "vaccines" are ineffective and potentially put your pet at risk. Vaccines are regulated and studied to ensure safety. Holistic and herbal methods are not. Many vaccines require injection under the skin or into the muscle to work properly. Ingesting an herbal or holistic form will not build immunity. If you are uncomfortable with injections there are some vaccines available in nasal administration.
​
Myth or Fact: You can skip vaccines if you have a titer done.
Fact: You can ask for a titer test to be drawn to show what immunities your dog still carries. You then can discuss with your vet when to re-vaccinate based on those results. 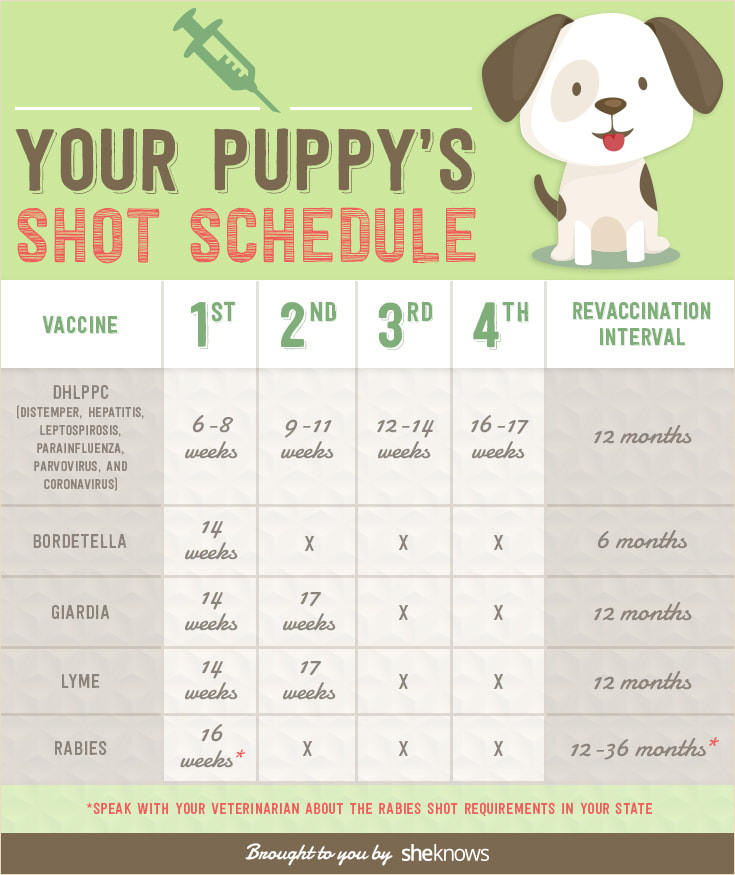